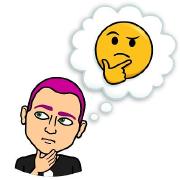 Well its a site all about me!

Hey everybody My name is Jason Michael Hempstead-Malak and to round up what the past 38 years have shaped me into.. Moving from town to town, state to state, I’ve landed myself in a small Upstate New York town. Outside of my family and work I find myself very into computers. Whether it be playing a game, on the internet, or developing my latest website. I love music…anything… country, pop, acoustic, rap, emo. I’ve always loved biking and rollerblading. My top choice of transportation. Cars are a hassle, and gas is expensive because some moron decided it would be a good idea to invade our biggest means for oil. I’m one of those X-Files nerds.

I’m the oldest of four kids…I was one of those brother’s who tortured the hell outta my oldest sister when we we were younger, and probably not the nicest person, but time changes everything and I have good relationships with them all, including my oldest. My family, for the most part…like, outside of immediate, defines dysfunctional. So, considering, I’m pretty “normal.”

I hate medicine. Generally, I think it’s unnecessary. But, maybe I’m just bitter. Politics annoy me. It’s the same thing time and time again. Music attracts me. There’s just too much to keep up with. Dirt amuses me. Cigarettes calm me. My computer is taking me over. Coffee consumes my body. Encyclopedias excite me. Objects beg me to take them apart and explore ((probably the thing I did when I was a kid that most annoyed my mom, but only because I could never quite get them looking or working the same again…but I’ve got that part down more now, I swear.))

I like food. Better yet, I love that I eat enough for a third world country and still look emaciated…with an extra hamburger or two in me.

All in all…I’m far from normal, as is everyone else. Normal has no one definition. I’m in the process of finding myself and getting my life I was placed into on track, as is a majority of the world.

I am currently in a relationship with what i believe to be the perfect girl for me. She is everything that i need and has a lot of really good qualities. This is the girl I could see me marrying some day.

In September we found out that we are expecting an addition to our family.

Since then I have had many many mistakes and many regrets. And have also since been diagnosed with severe depression, anxiety, and Borderline Personality Disorder.

I am currently single living in Centralish New York Trying to rebuild and figure out my life and what I want for my future!
Just because I post something doesn’t mean it’s about me! I post things that I also like and/or agree with!!
My blog can be found here